Please select a country for specific contact information. Then send us your message directly via the contact form in order for it to reach the correct country so we can take care of your inquiry as soon as possible.

Find us in your region:

Hallunda’s green bridge was built in 1972 and is seen by many residents as a meeting place due to the Stockholm subway, according to Lisa Lindblom, landscape architect of the municipality of Botkyrka.

During a security walk in Hallunda a few years ago, it turned out that many people on the bridge felt unsafe because the old metal walls that had previously covered their sides gave a sense of tightness and the lighting was inadequate.

In November 2019, an extensive renovation began. The dark metal walls were replaced by glass. In addition, light wooden slats have been installed in the ceiling with our FUSION recessed luminaires. The green color is still there, so the name and unique identity of the bridge can live on.

In collaboration with lighting designer Thomas Dottman from the municipality of Botkyrka, Mossa Lindergérd was responsible for lighting design at WSP. Mossa comments on the order:

“From the design proposal to the design of a very good project with interested and committed customers who understood the effect of light on experience and was also on the test lighting. A good cooperation with the other disciplines has made it possible for new lighting to be integrated into the materials of the building.“

The focus was on good lighting with hidden lights and a photo that offers variety in contrast to the previously existing monotonous lighting. Lighting would also have the task of strengthening security here, and it would also have been important to increase visibility in and around the bridge in order to reduce the risk of crime.

Our FUSION FF5 was chosen as a ceiling recessed luminaire within the green bridge. For this project, the FUSION has been adapted as a special solution to ensure IP65 protection. In addition, various mounting plates have been developed for mounting between the wooden slats. Another advantage is the unified glare index of <10, so that the light has a positive influence on the communication between the people.

More information is available on the Website of our Partner FLUX AB: https://www.flux.nu/projekt/skont-gron-bro-i-hallunda.html 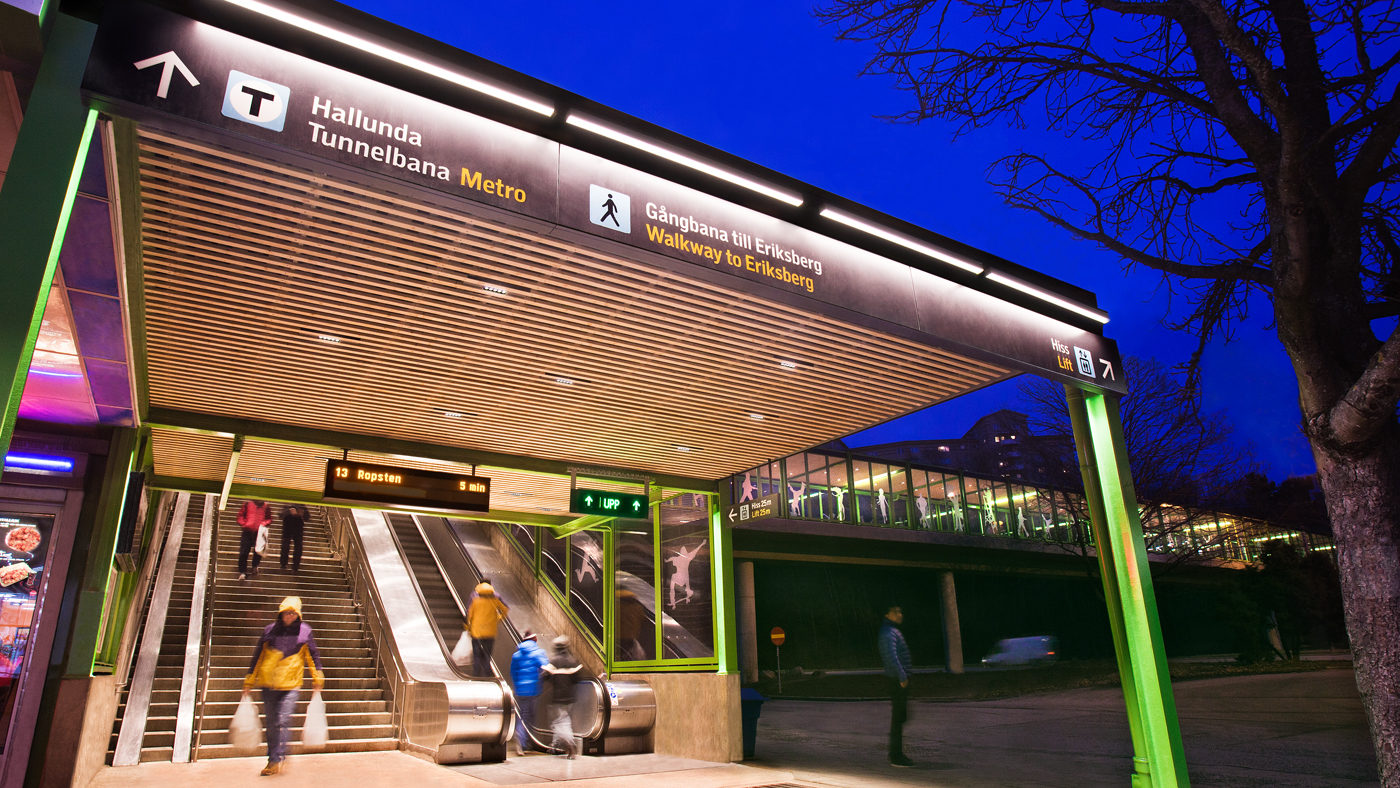 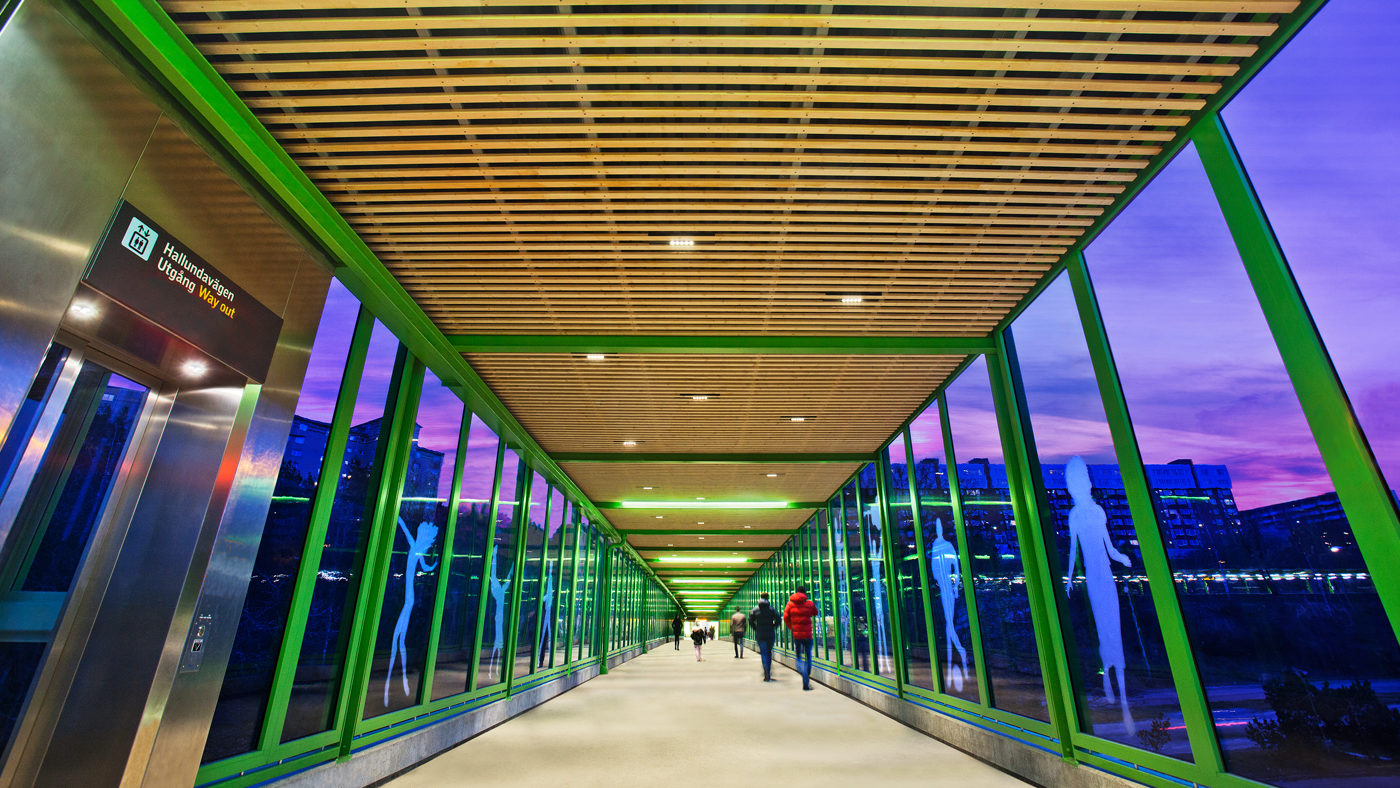 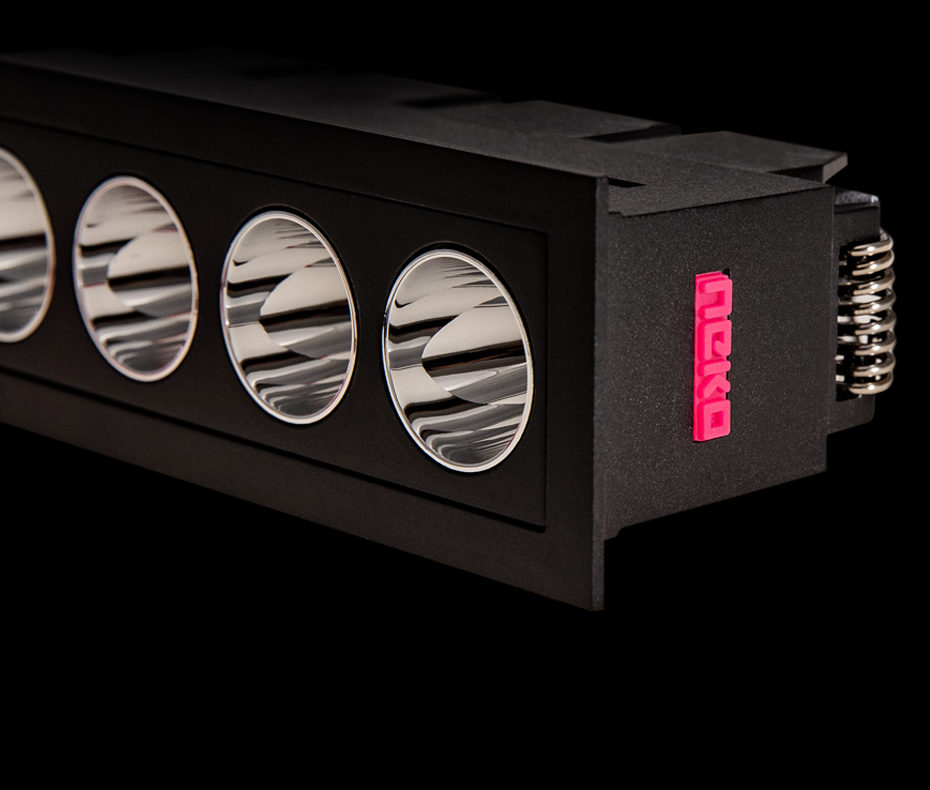 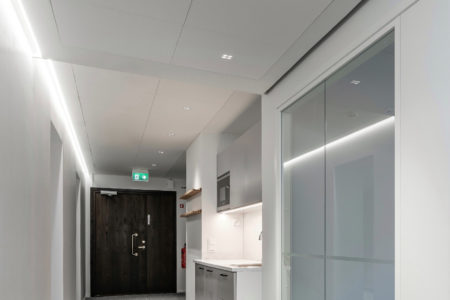 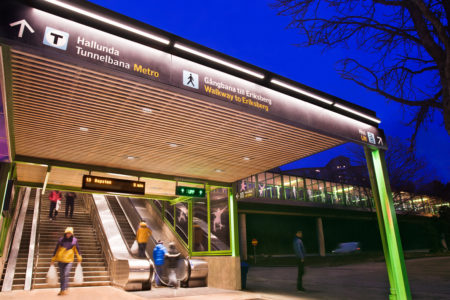 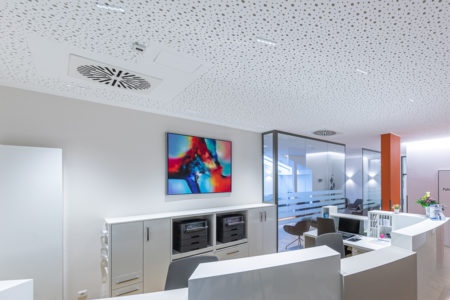 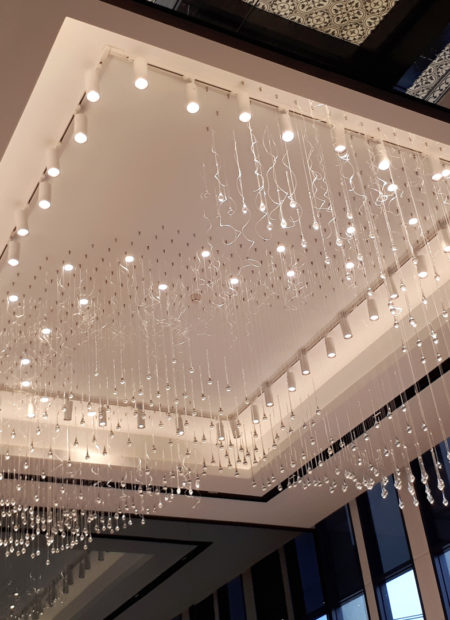 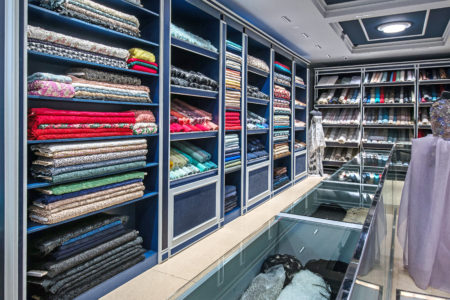 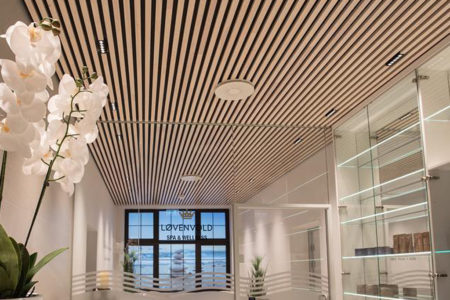 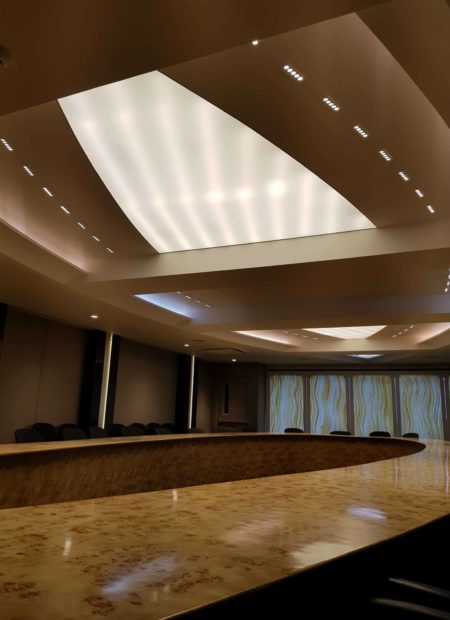 Conference room lighting at the WHO